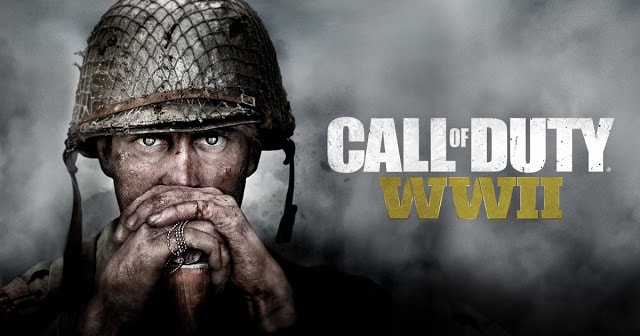 Call of Duty: WWII is a first-person shooter video game developed by Sledgehammer Games and published by Activision. It is the fourteenth main installment in the Call of Duty series and was released worldwide on November 3, 2017 for Microsoft Windows, PlayStation 4 and Xbox One. It is the first title in the series to be set primarily during World War II since Call of Duty: World at War in 2008. The game is set in the European theatre, and is centered around a squad in the 1st Infantry Division, following their battles on the Western Front, and set mainly in the historical events of Operation Overlord; the multiplayer expands to different fronts not seen in the campaign.

Upon release, the game received generally positive reviews from critics, with many appreciating the return to the franchise's World War II roots. Praise was given towards its story, visuals, the combat support of squad members and return of the health bar in single-player, Zombies mode, and multiplayer. However, it was criticized for the single-player's lack of innovation and similarity to past games set in the same era.

Similar to its predecessors, Call of Duty: WWII is a first-person shooter game but it removes the advanced system of movement present in the two previous Call of Duty titles, which included double jumping and wall running. Instead, it features a return of traditional movement to the series, taking it back to a "boots on the ground" gameplay style. The game does not feature an unlimited sprint mechanic, seen in the previous two titles. Instead of a "slide" movement mechanic, which allowed players to slide quickly on the ground, WWII features a "hit-the-deck" mechanic that allows the player to leap forward and throw themselves on the ground in order to get to cover quickly, similarly to a previous mechanic known as "dolphin dive" in Treyarch's Call of Duty: Black Ops and Call of Duty: Black Ops II.

WWII is the first title since the original game and Call of Duty 2: Big Red One not to feature health regeneration in the campaign. Instead, players must find health packs scattered throughout levels, or rely on their medic squadmate to provide health packs. Other members of the player's squad can provide ammunition, grenades, call in mortar strikes, or spot enemies and reveal their position in form of silhouettes. In certain sections of the game, enemy soldiers in the campaign can be captured, and wounded allies can be dragged to cover. In some parts of the campaign, players are able to control vehicles.