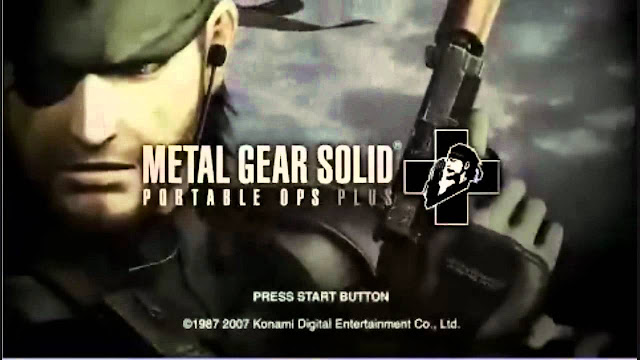 Metal Gear Solid: Portable Ops Plus (officially abbreviated to MPO+) is a stand-alone expansion of Metal Gear Solid: Portable Ops . The original game's Story Mode is replaced by a new Infinity Mission mode that's set shortly after the events of San Hieronymo Incident. It includes more multiplayer options such as new characters, maps, weapons, and game modes. The player's squad now have an increased capacity for up to 200 soldiers, allowing for more options such as roaming through Infinity Mission mode or fighting online using captured soldiers.

Since Portable Ops Plus is more of a multiplayer oriented expansion, its focus is on adding new play mechanics, game modes, and characters, along with new maps. New players are able to join in on the battle using a system which was built for recruits on the battlefield to help them distinguish the enemies and their teammates, along with helping the new player to help out their teammates. Also in multiplayer, the chat room has changed from having pre-set sayings to an on the fly keyboard, giving the player the ability to type while playing.