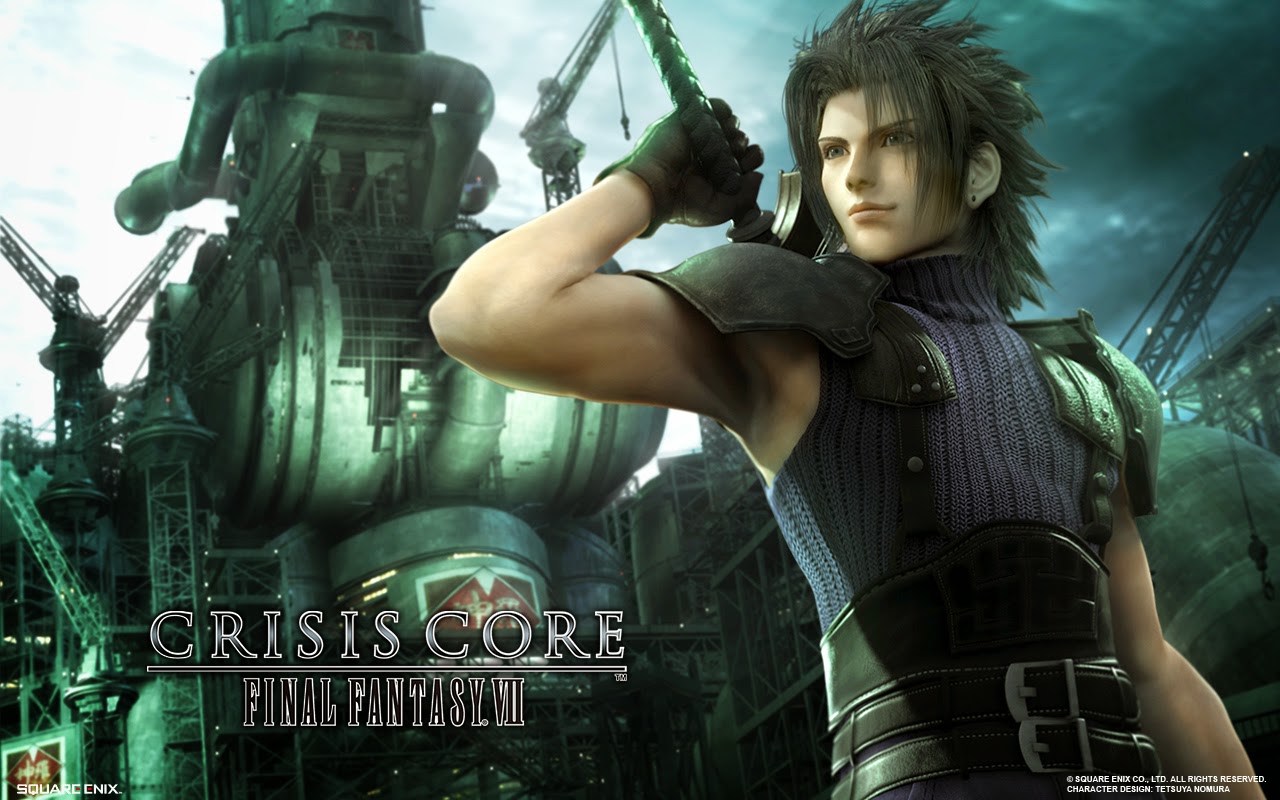 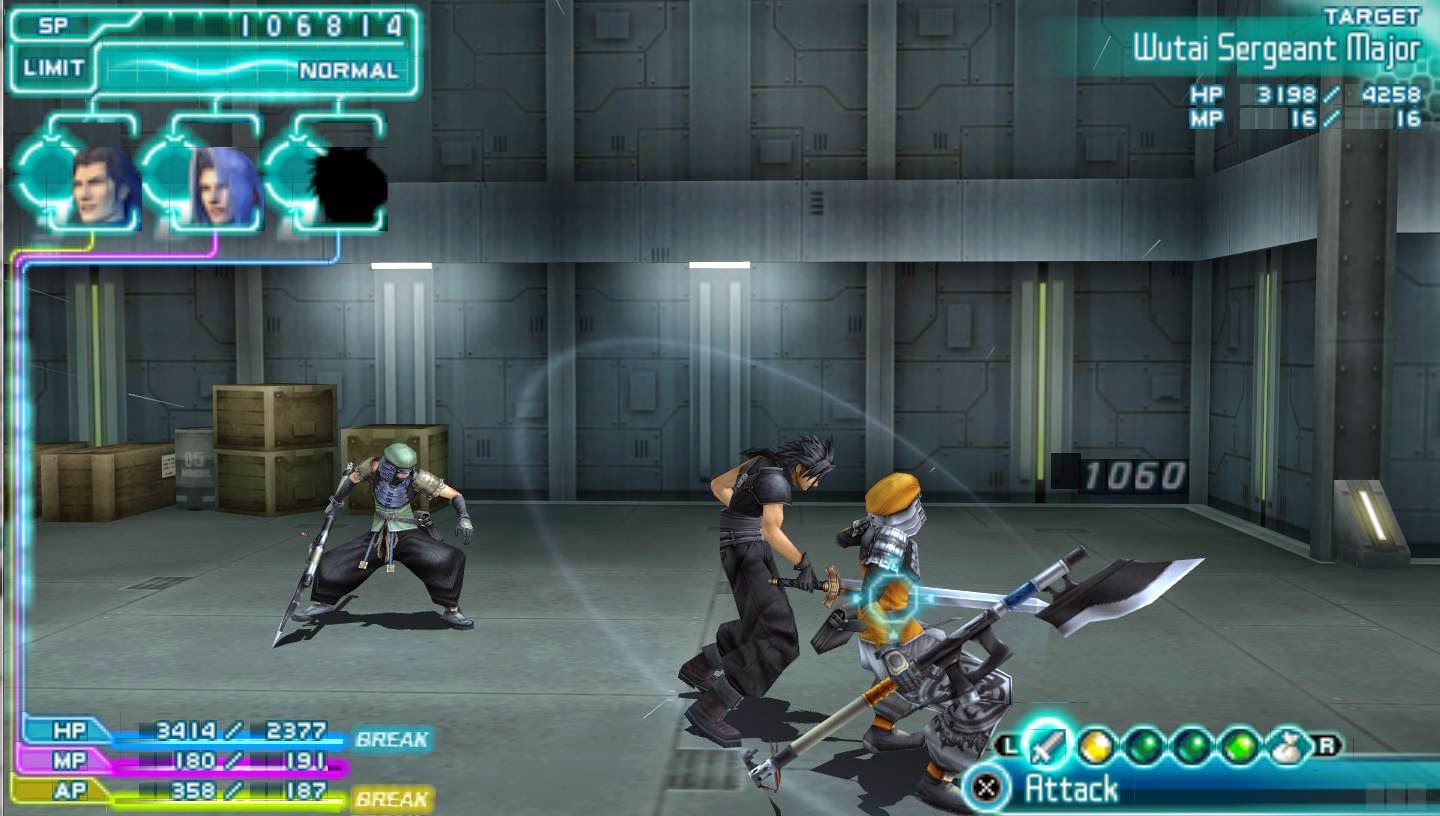 Crisis Core -Final Fantasy VII- is both an action and turn-based RPG, with a stream of fast turns creating the illusion of real-time combat. Like the Square and Disney hybrid series Kingdom Hearts, the player chooses actions from a menu, featuring attack, magic, special attack, and item choices. The game's key feature is the Digital Mind Wave (DMW) — a slot machine-like screen in the upper left-hand corner. Images and numbers continuously scroll in each of the three slots consuming Soldier Points (SP). Combinations of sevens lead to special status effects, while having identical characters in the left and right slot opens up the modulating phase. Certain combinations of characters and numbers in modulating phase will allow the player to level up Zack, power up Materia, or perform special moves and summons.

Materia is part of the magic and ability system, like in Final Fantasy VII, but it's slightly different. Summon Materia are no longer under the player's control, and instead, are added to the DMW. When the DMW slots switch to the summoning scene one of the various Summon Materia are selected and performed. Main summon sequences are skippable FMVs. This does not apply to Chocobo Mode summons.