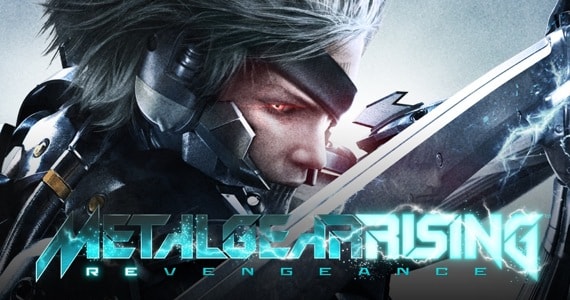 Metal Gear Rising: Revengeance[a] is an action hack and slash video game developed by PlatinumGames and published by Konami Digital Entertainment. Released for the PlayStation 3, Xbox 360 and Microsoft Windows, it is a spin-off in the Metal Gear series, and is set four years after the events of Metal Gear Solid 4: Guns of the Patriots. In the game, players control Raiden, a cyborg who confronts the private military company Desperado Enforcement, with the gameplay focusing on fighting enemies using a sword and other weapons to perform combos and counterattacks. Through the use of Blade Mode, Raiden can dismember cyborgs in slow motion and steal parts stored in their bodies. The series' usual stealth elements are also optional to reduce combat.

The game was originally being developed internally by Kojima Productions, who announced the game in 2009 under the title of Metal Gear Solid: Rising. However, the team met with difficulties in developing a game based on swordplay, so executive producer Hideo Kojima postponed its development until a solution could be found. The project resurfaced in late 2011 under its finalized title, with PlatinumGames as the new developer. The game underwent significant changes in its play mechanics and storyline under PlatinumGames' involvement, although Kojima Productions retained responsibility for the game's overall plot and Raiden's design.

Players assume control of Raiden, a katana-wielding cyborg. He is initially playable in his "Standard Body" form, which resembles the body used by Raiden in Metal Gear Solid 4, but with a more natural looking face. The player can alter Raiden's appearance through alternative skins. Unlike previous titles in the Metal Gear series, where players try not to be noticed by enemies, Rising is action oriented, focusing on sword fighting and a sophisticated cutting system to fight and defeat enemies. Although Raiden's main weapon is his high-frequency blade, Raiden can wield weapons such as a dagger or a rocket launcher. Other subweapons can only be obtained after defeating the game's bosses.

The game's cutting system allows players to engage in melee combat, as well as to precisely slash enemies and objects at will along a geometrical plane using the "free slicing" Blade Mode. Virtually any object in the game can be cut, including vehicles and enemies, though elements of the environment were intentionally limited to structures such as pillars and walls to better facilitate the game. Entering Blade Mode produces a special targeting reticule in the form of a transparent blue plane which can be rotated and moved, tracing orange lines across the surfaces of objects to indicate exactly where they will be cut; it can also be used to enter a bullet time state, giving players the opportunity to precisely slash targets during moments of action, such as slicing through a falling target from multiple angles before it hits the ground. These features can be employed strategically, for example disabling opponents, finding weak points and gaps in armor, severing support columns to collapse ceilings or walls onto enemies, deflecting enemy fire, or cutting through objects to remove enemy cover. However, entering into Blade Mode reduces Raiden's energy to the point that if dropped to a certain level, it cannot be used. Throughout the story the player obtains the Ripper Mode, a state which enhances Raiden's power for a limited time facilitating the use of Blade Mode.