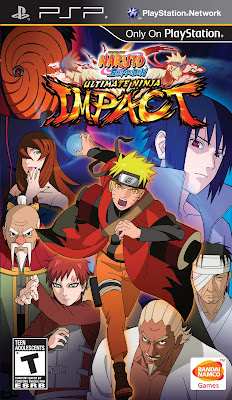 Naruto Shippūden: Ultimate Ninja Impact is the sixth and final Naruto instalment of the PlayStation Portable. It was released in North America on 19 October 2011, in Japan on 20 October 2011 and on 21 October 2011 in Europe.

The game starts from Kazekage Rescue Mission and goes all the way up to the Five Kage Summit. The gameplay itself is very similar to Dynasty Warriors.