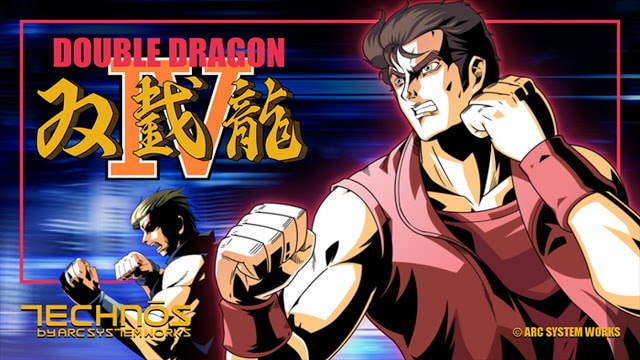 Double Dragon IV  is a beat 'em up video game in the Double Dragon series for PlayStation 4, Microsoft Windows and Nintendo Switch.

In addition to a story mode, the game includes a two-player duel mode and a tower battle mode. Enemies and bosses as well as hidden characters can be unlocked for Story and Duel modes through Tower Mode


Unlike earlier games in the series, this sequel is developed by Arc System Works, who bought the series rights in 2015. Several series developers continued to the project, including the original director, character designer, composer, and programmer with production led by Arc System Works designer Takaomi Kaneko. The game was announced in late December 2016 via a gameplay trailer. GameSpot had expected a graphical update, similar to Double Dragon Neon, but the new sequel's gameplay and graphics are more akin to the ports made for the Nintendo Entertainment System, with several character sprites taken directly from those titles, rather than the arcade original.