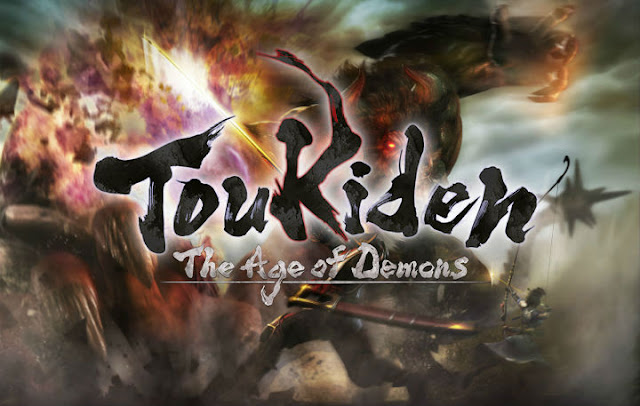 Toukiden: The Age of Demons is a 2013 action role-playing game developed by Omega Force for the PlayStation Portable and PlayStation Vita. It was released on June 27, 2013 in Japan. Tecmo Koei Games showcased the PlayStation Vita version of the game at E3 2013, and released the game within North America on February 11, 2014 exclusively on PlayStation Vita. A sequel titled Toukiden 2 has been announced for a 2016 release on the PS3, PS4 and PS Vita

Toukiden: The Age of Demons Gameplay


Toukiden is a third-person monster hunting game which employs groups of players or NPCs fighting together against various monsters during quests. Each player can customize their choice of weapons, armor and skills. Special abilities can be obtained through the usage of souls, or mitama, which can be collected during the progress of the game. These mitama can level up by gaining experience from battles, or by paying a certain sum of haku. Different mitama have abilities with various characteristics, and can be categorised into various groups such as offensive, defensive, or recovery mitama. Upon slaying a monster, the players or NPCs can "purify" the monster, which collects items useful in upgrading weapons and armor. Monsters fall into the categories of small and large oni, with large oni being the boss-type enemies within the game.

Players can engage in missions co-operatively via an ad-hoc WiFi connection, or over the internet. Additional missions are available in the form of downloadable content


Tecmo Koei states that the decision to create Toukiden for the PS Vita and PSP was due to Capcom releasing their titles on the Nintendo 3DS, and believed that plenty of people using Sony consoles were keen for a hunting game on their systems.

A Chinese-language version was released throughout Asia on September 19, 2013, localised with the assistance of Sony Computer Entertainment Asia